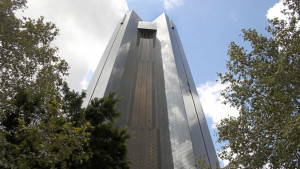 South Africa’s central bank raised its benchmark interest rate for the first time in a year, following through with warnings to tighten monetary policy as inflation threatens to exceed the bank’s target.

The repurchase rate was increased by 25 basis points to 6%, Governor Lesetja Kganyago told reporters on Thursday in Pretoria. This was in line with the forecasts of 17 of the 31 economists surveyed by Bloomberg. The rest expected no change.

While inflation has stayed within the 3% to 6% target since September, a weaker rand and rising electricity costs threaten to push it outside of that band.

The central bank wants to “ensure that inflation expectations remain firmly anchored”, Jeffrey Schultz, an economist at BNP Paribas Cadiz Securities, said in an e-mail to clients before the decision.

African central banks are bucking a global trend by raising interest rates to ward off inflation risks stemming from weaker currencies put under pressure by a slump in the commodities that make up the bulk of their exports. Uganda, Namibia, Angola, Kenya and Ghana have all tightened monetary policy this year.

Speculation that the United States Federal Reserve may increase interest rates this year has curbed appetite for emerging-market assets, contributing to the rand’s 7% slump against the dollar this year. That is adding to import costs, including gasoline prices.

An energy crisis is clouding the outlook for economic growth and inflation. Eskom Holdings is implementing regular rolling blackouts because it can’t meet power demand, hurting retailers and manufacturers. The state-owned utility is seeking to raise tariffs, even though its request for a 25% increase was denied last month.