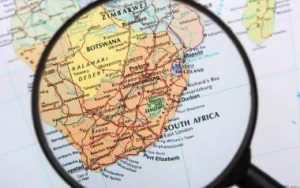 Income return remained steady at 8.3%, while capital growth came in at 2.6% which was down from 4.4% in 2015. Capital growth was underpinned by an improved base rental growth of 6.2% – however, this was offset by negative yield impact.

Sponsored by Nedbank CIB, the report is based on asset level data collected from a sample of 1,450 properties with a total capital value of R296.6 billion at the end of December 2016. This represents approximately two thirds of professionally managed investment property in South Africa.

Phil Barttram, Executive Director, MSCI, comments: “The Index report, provides a unique perspective on the fundamental drivers of commercial real estate returns in South Africa. In stark contrast to socio-political volatility, investors have benefitted from stable incomes, founded on the sectors’ contractual income base and aggressive cost management. Even given the decline in total returns, the sector has once again proven its resilience by providing real returns in 2016.

The top performing segments for the year were High Tech industrial property and Neighbourhood shopping centres which produced total returns of 18.1% and 20.3% respectively. Neighbourhood Centre returns should be seen in a longer term context, which suggests a return to trend growth in 2016 rather than continued outperformance.

Robin Lockhart-Ross, Managing Executive, Nedbank CIB Property Finance said, “The index results show that the performance of the South African property investment sector continues to hold up well despite the prevailing low GDP growth environment. Although, at 11.1%, the total return decreased from 13.0% in 2015, this is hardly surprising in that commercial property returns will over time closely track the general economy.  Nedbank CIB, as lenders, look first for stability in income flows and then for sustainability in capital value, both of which this index demonstrates the SA investment property sector to have delivered consistently since inception of the index in 1995.”