WHISTLEBLOWERS: WHAT IF YOUR DISCLOSURE IS FACTUALLY WRONG?

For many years now the “Whistleblower’s Act” (actually the Protected Disclosures Act or “PDA”) has been providing protection to employees who report unlawful or improper conduct by their employers or fellow employees.

Recent updates to the PDA have extended protection to independent contractors, consultants, agents and workers employed by labour brokers. There is also a new requirement for employers to put in place “internal procedures for receiving and dealing with information about improprieties”.

Reprisals against a whistleblower (in the form of any type of “occupational detriment”) will land an employer in very hot water indeed. For example if the reprisal takes the form of a dismissal, it is “automatically unfair” and that carries substantial risk such as a compensation order of up to 24 months’ salary.

A case of incompatibility or retaliation?

The lesson for whistleblowers

The PDA provides you with strong protections if you follow the correct procedures; just be sure you will be able to pass the tests posed by the above questions.

The lesson for employers

Don’t take action against a whistleblower just because a disclosure is factually incorrect – it is the reasonableness or not of the employee’s belief, and the “good faith” requirement, that you should concentrate on. Make sure also to have a whistleblower policy in place and to tell all your employees about it – not only is that now a legal requirement, but your business can only benefit from uncovering any improper or criminal conduct going on behind your back.

As always, with our labour laws being so complicated, and the penalties for breaching them so severe, take specific advice on your particular situation.

WATCH OUT FOR THESE VAT PITFALLS 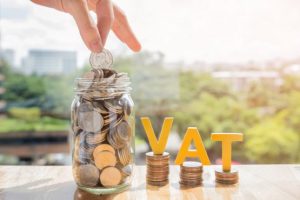 As consumers adjust to higher standard rate of 15%

Although the VAT hike seems pretty straightforward, there may be cases where the rules are somewhat more complicated than expected.

Amid government efforts to return South Africa to a path of fiscal sustainability, the VAT rate rose from 14% to 15% on April 1. While this means that goods and services that are subject to the standard VAT rate and that were previously sold for R114 (R100 plus R14 VAT) will now set consumers back R115, not all calculations are quite as simple. In fact, some consumers who booked and paid for accommodation in early January or February but only plan to make use of the accommodation after April 1, have been contacted by establishments requesting that they pay the additional VAT. Is that allowed?

Moneyweb spoke to Charles de Wet, head of indirect tax at PwC Africa, and asked him to explain the rules in terms of the VAT Act.

1. Let’s assume that I made a booking in January 2018 to visit the Kruger National Park in June and paid at the same time, may the guest house now request that I pay the additional VAT?

CHARLES DE WET: The rules in terms of the VAT Act are somewhat more complicated than one would think. In circumstances where a person has made a booking for accommodation that will be used on or after April 1 – let’s say in June, July or August – but paid for the accommodation in full prior to the date of the National Budget (February 21), the standard VAT rate of 14% would still be applicable.

But, if the booking was made in January and only a deposit was paid, the supplier will be entitled to levy the additional VAT as the time of supply will either be when payment was made (not the deposit, but the actual payment) or when the invoice was issued. Some consumers may find that if they budgeted R11 400 for accommodation, they will now have to pay R11 500, even though they have already paid a deposit.

2. Will the situation be different if a consumer used a service prior to April 1, but only made a payment after that date? For example, if my plumber issued an invoice on April 2 for services that was delivered in March, may he claim VAT at 15%?

CHARLES DE WET: Specific rules will be applicable in circumstances like these and consumers will need to determine exactly when the services were rendered. If a plumber delivered services prior to April 1, even if the invoice was issued after that date (or payment was made after the Easter weekend for example) the rate of 14% will still be applicable. If the job required several days of work, started on March 25 and was only completed later in April, the plumber will have to issue an invoice at 14% VAT for the portion of the work completed prior to April 1, and 15% for the work thereafter.

3. What about cell phone contracts or insurance? Are suppliers entitled to levy additional VAT automatically even though contracts were concluded many moons ago?

CHARLES DE WET: The VAT Act does provide for such contracts to be adjusted automatically. If a quote or contract was issued inclusive of VAT – whether it was last month or ten years ago – the higher VAT rate will automatically be applicable. Many suppliers sent SMSes and emails to clients to alert them of this over the past few weeks. However, some businesses have had difficulty to adapt their accounting systems and documentation and consumers need to check that they paid the correct amount of VAT. Unfortunately, there is not much they can do about the higher rate.